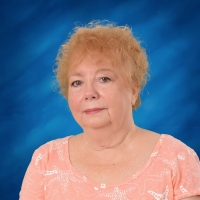 Clara Talton is an instructor with the AIM Department. She earned a degree in Elementary Education from the University of West Florida and a Masters in Administration, Supervision and Curriculum from East Carolina University. She received licensure from the state in K-12 Learning Disabilities, K-12 Behavior/Emotional Disabilities, K-6 Language Arts, K-5 Elementary Education, and Exceptional Children Administration. Mrs. Talton retired from Onslow County Schools after serving 35 years. While in Onslow County she served 8 years as the Special Education Director and 6 years as the Behavioral Specialist and Transition Coordinator for the county. Mrs. Talton has three grown children, nine grandchildren and two great grandchildren. She and her husband are raising five of their grandchildren four of whom attend NHCS. She has been on staff since 2016. Mrs. Talton is very grateful that God brought them to NHCS.